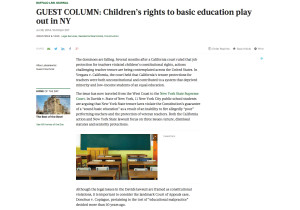 The dominoes are falling. Several months after a California court ruled that job protection for teachers violated children’s constitutional rights, actions challenging teacher tenure are being contemplated across the United States. In Vergara v. California, the court held that California’s tenure protections for teachers were both unconstitutional and contributed to a system that deprived minority and low-income students of an equal education. END_OF_DOCUMENT_TOKEN_TO_BE_REPLACED 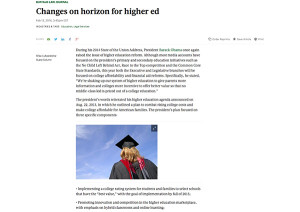 During his 2014 State of the Union Address, President Barack Obama once again raised the issue of higher education reform. Although most media accounts have focused on the president’s primary and secondary education initiatives such as the No Child Left Behind Act, Race to the Top competition and the Common Core State Standards, this year both the Executive and Legislative branches will be focused on college affordability and financial aid reforms. END_OF_DOCUMENT_TOKEN_TO_BE_REPLACED 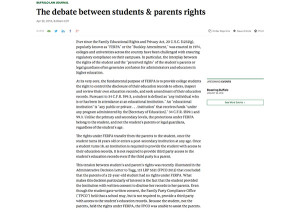 Ever since the Family Educational Rights and Privacy Act, 20 U.S.C. §1232(g), popularly known as “FERPA” or the “Buckley Amendment,” was enacted in 1974, colleges and universities across the country have been challenged with ensuring regulatory compliance on their campuses. In particular, the interplay between the rights of the student and the “perceived rights” of the student’s parents or legal guardians often generates confusion for administrators and educators in higher education. END_OF_DOCUMENT_TOKEN_TO_BE_REPLACED 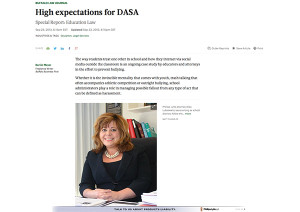 The way students treat one other in school and how they interact via social media outside the classroom is an ongoing case study by educators and attorneys in the effort to prevent bullying.

Whether it is the invincible mentality that comes with youth, trash talking that often accompanies athletic competition or outright bullying, school administrators play a role in managing possible fallout from any type of act that can be defined as harassment. END_OF_DOCUMENT_TOKEN_TO_BE_REPLACED